The picture below shows a German Heinkel HE 111 bomber over Bermondsey in World War Two during a daylight raid. Later in the war air raids were carried out at night with a mixture of high explosive to destroy buildings creating debris which the incendiary bombs then set fire to.

On the far left is Tower Bridge and to the right is the Isle of Dogs and Canary Wharf. You can see how many docks were on the Rotherhithe peninsular which is where Stave Hill and Surrey Quays shopping centre are today.

Drag the bar left and right to see the picture and the map underneath. 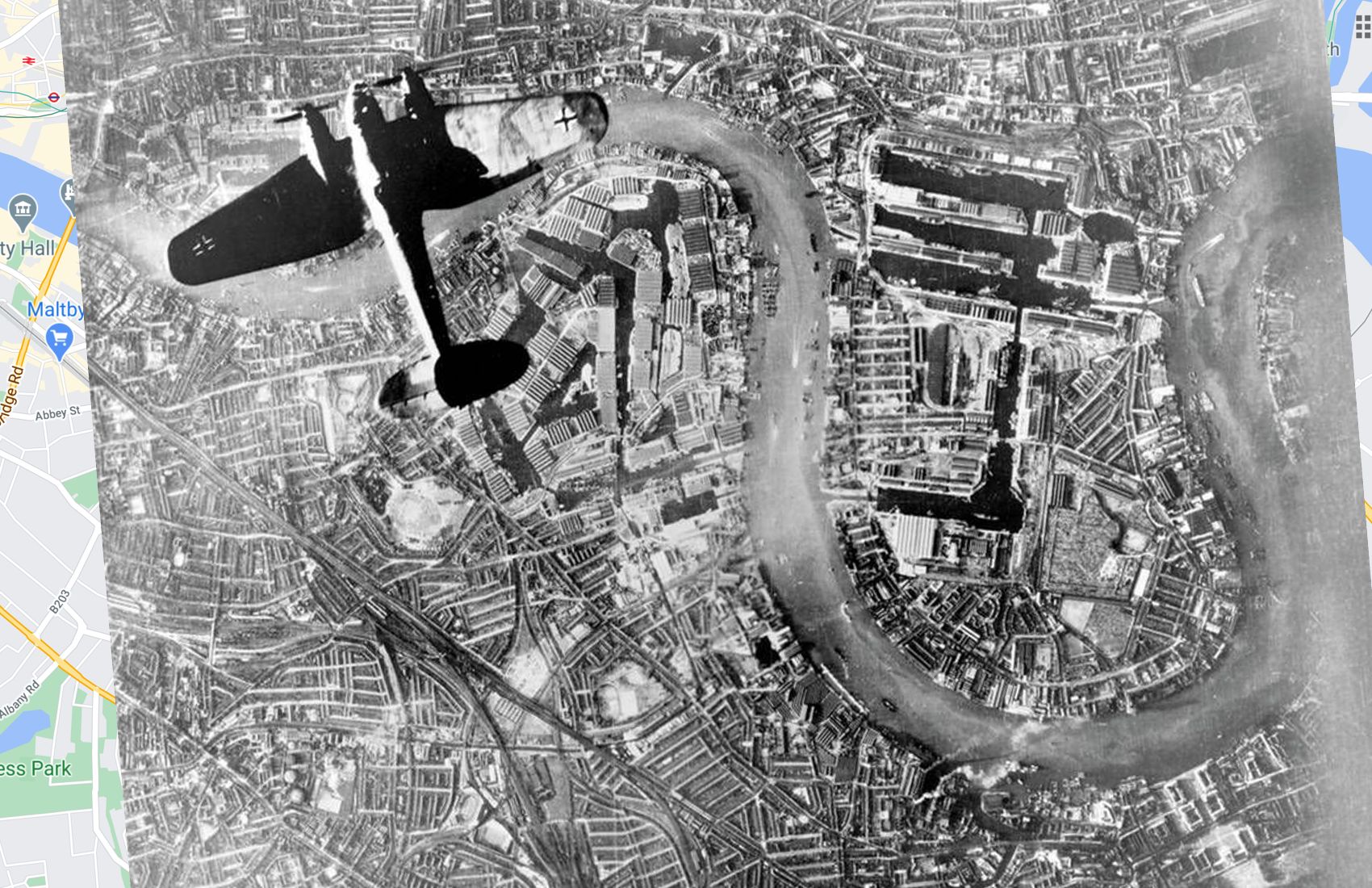 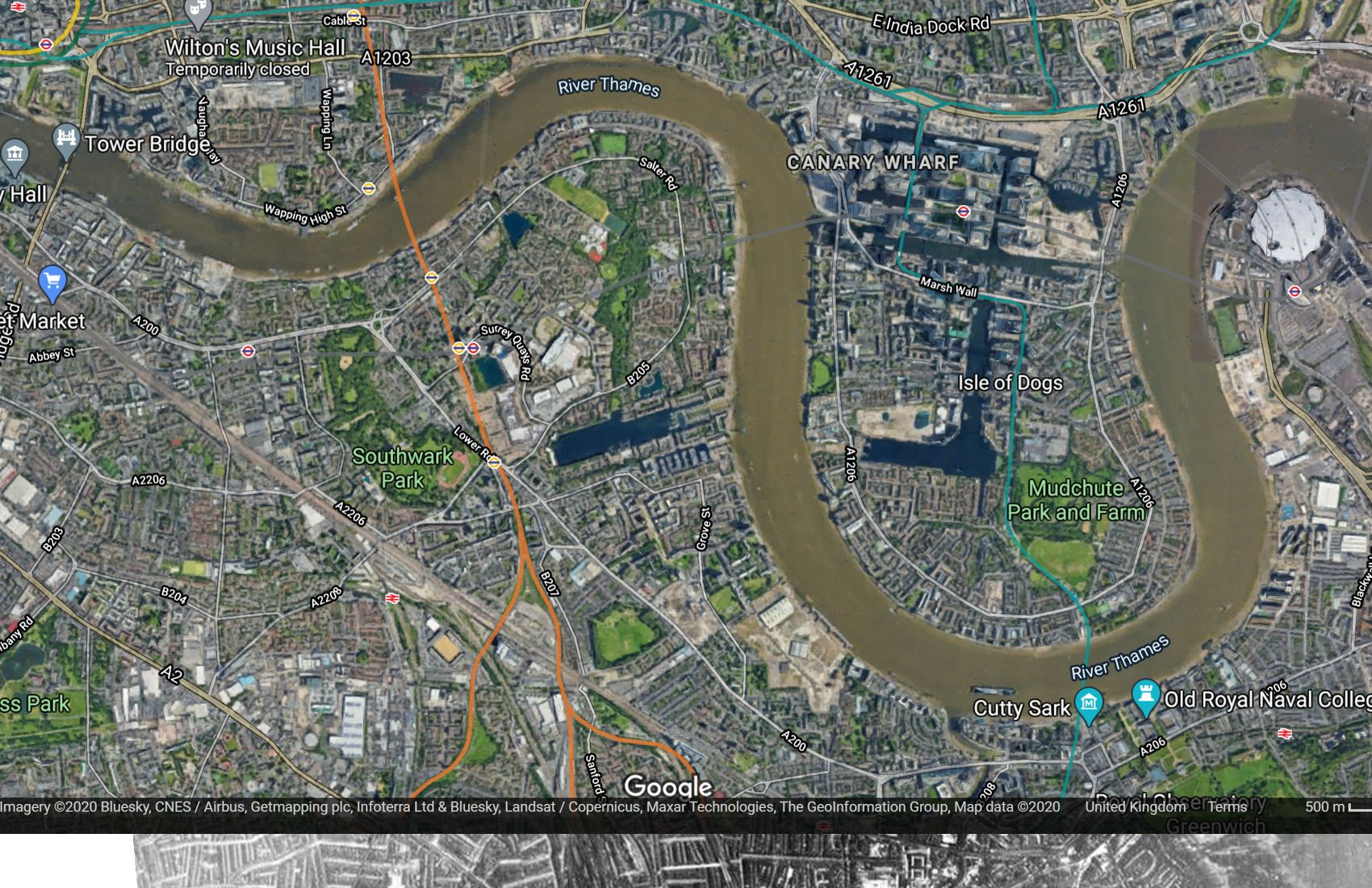