On 5th February 1941, a number of newspapers carried news of Frank’s posthumous decoration with the Bronze Cross along with some details of the story.

Wartime censorship though meant that only the most general detail was carried as the British Government was worried the Germans would study British Newspapers for details of how successful their bombing was. The medal was to be presented to Frank’s parents on 15th March 1941.

By uncanny co-incidence, five years later on 5th February 1946, it was announced that Fireman Frederick Davies (no relation, just a very similar name) of the National Fire Service , had been awarded a posthumous George Cross for his efforts to save life in a Harlesden (NW London) fire. 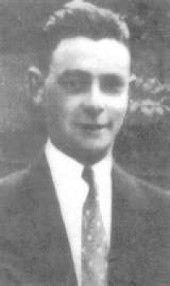